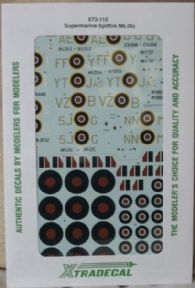 IN STOCK
WAS: £7.99
OUR PRICE:£7.20
This set will enable you to get further options from the various existing and future Spitfire Mk IX kits.