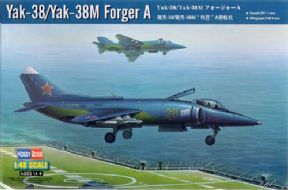 IN STOCK
WAS: £25.99
OUR PRICE:£16.00
The Yak-38 (NATO code name Forger) was the worlds second VSTOL fighter after the Harrier. The main difference was the Yak used several engines; 1 main engine for thrust plus lift and 2 smaller engines just for lift. The Harrier, which was far more successful, just used one powerful Rolls-Royce engine and vectored thrust nozzles to achieve both lift and thrust.

The Yak could never match the Harrier for performance or ordnance carrying ability but it did give the Russians a carrier borne fighter to use on their 4 Kiev class carriers. The Kiev class carriers, were rated as aircraft carrying cruisers by the Russian navy and despite their fairly large size their configuration only allowed them to carry helicopters or VSTOL aircraft, much like the far smaller British Invincible.
Both the Kiev class carriers and the Yak-38 have both since been retired and the Russian navy now operates a single supercarrier, Admiral Kuznetsov which carries the vastly superior SU-33 Sea Flanker.
Hobby Boss are part of the Chinese model company, Trumpeter. Hobby Boss are known for their range of easy to build model kits for novice modellers but also for their range of nicely moulded and detailed, well engineered kits for a reasonable price.

This Yak-38 model falls into the latter category and looking at the contents of the box I think a nice looking model can be made from this kit. The kit comes with air to air missiles, rocket and gun pods.
There are markings for 3 different Russian planes.
SOME OTHER PRODUCTS YOU MAY LIKE 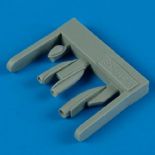 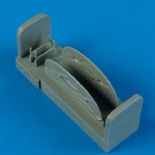 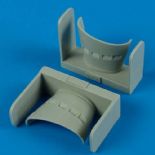 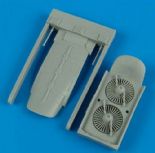