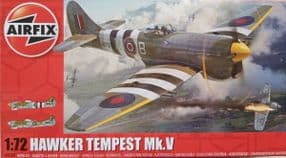 This is an all new tool kit of the Hawker Tempest and looks to be one of the best Tempest kits in 1/72.

This boxing has decals for two different RAF/RNZAF aircraft.