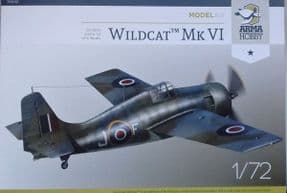 Arma Hobby are a Polish company and this is their own FM-2 Wildcat kit. This kit contains one kit with decals for two different Royal Navy aircraft.
Write an online review and share your thoughts with other shoppers!